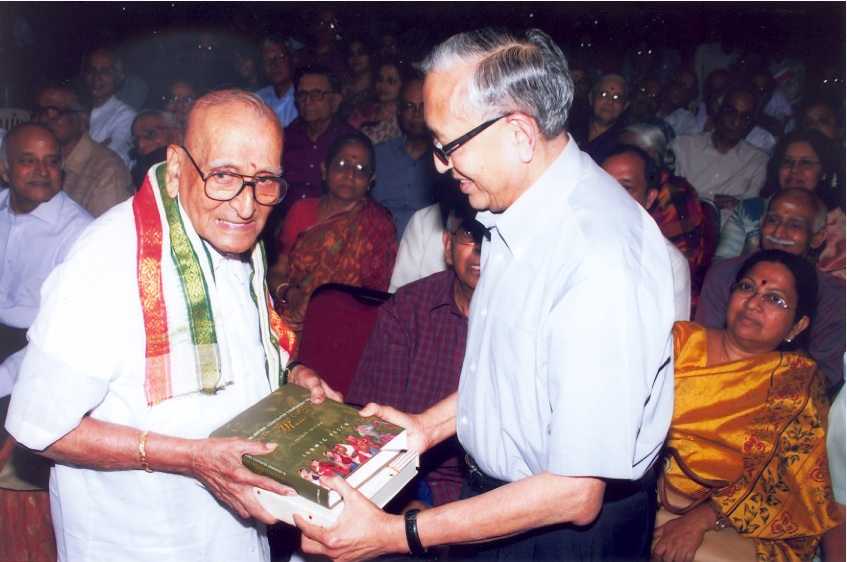 The book release was held on the occasion of the 90th birthday felicitation for Sangita Kalasikhamani Sri S. Rajam on 28 February 2009 at the TAG Center in Chennai – Photos by S.S. Kumar (Oxford University Press)